The goal of our lab is to identify the molecular and neural mechanisms controlling sleep and sleep homeostasis, and to understand how these are interconnected with the neural circuits regulating emotional states in health and disease. To accomplish this, we employ a multi-disciplinary approach:

(A) Optogenetic and pharmacogenetic manipulation to examine the impact of cell type specific manipulation on sleep and behaviors. (B) In vivo electrophysiology, deep brain imaging and fiber photometry to observe dynamic changes of neural activity in sleeping and behaving mice. (C) Circuit mapping using viral tools to comprehensively identify the synaptic inputs and outputs of a genetically defined neural population. (D) Gene profiling to identify novel molecular markers of sleep neurons and to understand how the genetic signature of newly identified sleep neurons are influenced by behaviors. 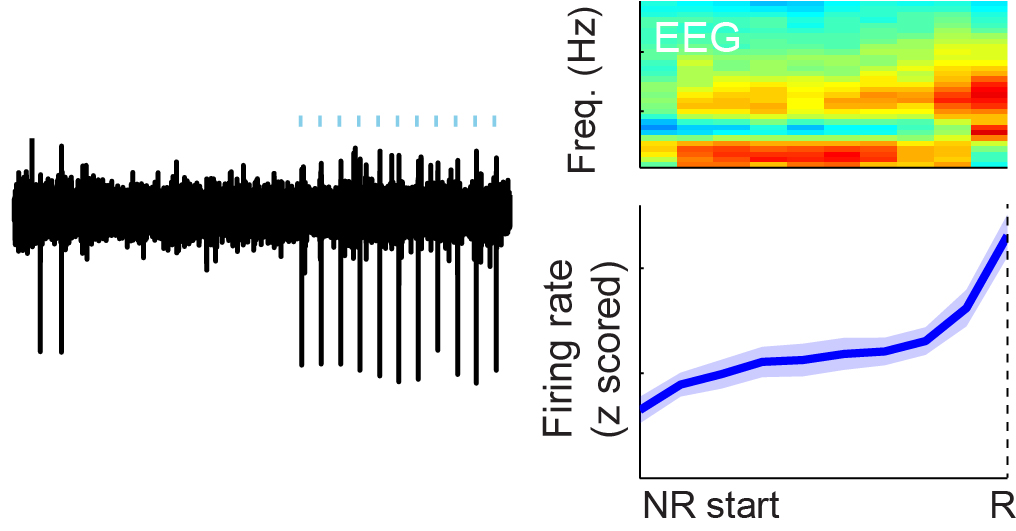 in vivo electrophysiology to record activity of sleep neurons 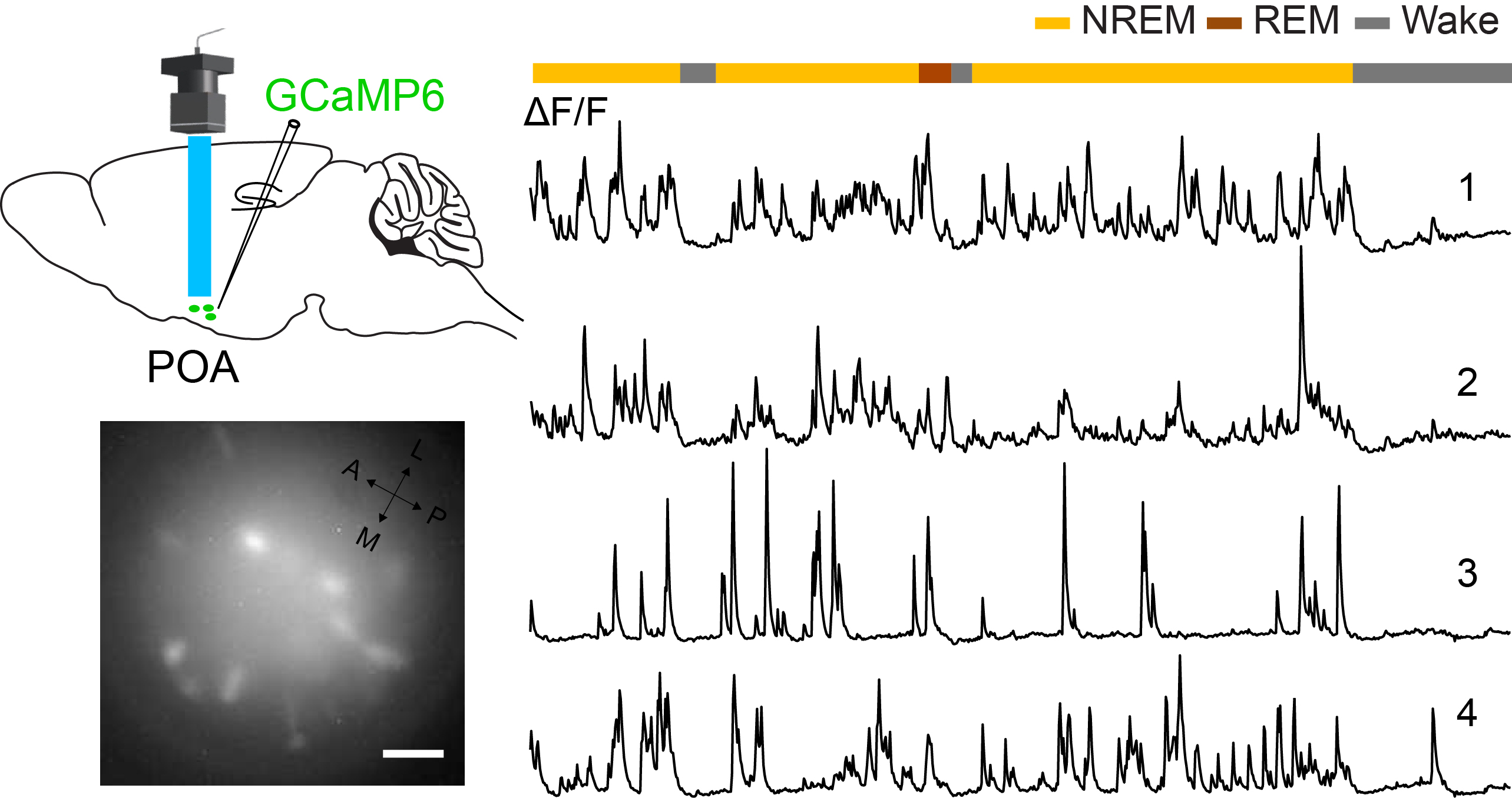 The preoptic area (POA) of the hypothalamus has long been known to be crucial for sleep generation, but the spatial intermingling of sleep- and wake-active neurons makes it difficult to dissect the sleep control circuit. To achieve the goal of dissecting out the neural populations controlling sleep, I hypothesized that sleep neurons might project to wake-promoting brain regions, and therefore used their projection target to dissect out sleep neurons. I found that the GABAergic neurons in the POA projecting to the tuberomammillary nucleus are both sleep active and sleep promoting. Furthermore, using gene expression profiling, I identified novel molecular markers for these sleep neurons that serve as a valuable entry point for dissecting the sleep control circuit (Chung et al, Nature, 2017).